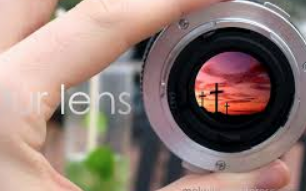 The evidence was clear. The theft had been videotaped for goodness sake. Granted, the image was blurred; the lighting at the Jewel store at 2AM had been minimal. But there he was, our defendant, a 20-something, African-American man reaching toward the cell phone display. Caught red handed, argued the prosecution.

I surveyed the faces of my fellow jurors. Surely, our deliberation would be brief. Surely, they were processing the evidence in the same clear-cut manner as I.

It then occurred to me that I was actually the perfect juror — free thinking, culturally aware, even unpredictable. Really, they were lucky to have me.

I have a Chicago address and I listen to NPR. I am also a graduate of Wheaton College and listen to Moody Radio. On my bedside table there are three Bibles and a cross-section of reading material.

As we marched single file toward the jury room, I was confident in a slam-dunk verdict of guilty. My fellow jurors and I would soon be on our way to the parking lot.  In time for lunch I hoped.

Behind closed doors, the foreman unfolded twelve squares of paper. Was I seeing correctly? Only two Guilty’s?  Ten pairs of eyes stared at me. Caucasian me. Our straw poll had apparently fallen along lines of color. Meaning, those whom one might consider people of color had voted not-guilty while I and one other white female had voted guilty.

Turns out, I was not one of “them” as I had presumed, and we did not see eye to eye. Our perspectives, our world views, our presuppositions, our filters were vastly different. The discussion that followed was enlightening.

I conceded rather quickly. My Caucasian counterpart put up a fuss, but she too went with the crowd. A crowd whose life experiences and beliefs about the justice system were painted with generational depth which we could not begin to relate to.

At 26th and California that day I glimpsed life through a different lens and came face to face with the finite nature of my own.

From the Sermon on the Mount –

Why do you look at the speck of sawdust in your brother’s eye and pay no attention to the plank in your own eye?

How can you say to your brother, ‘Let me take the speck out of your eye,’ when all the time there is a plank in your own eye?

This post was written in 2011.  Seems more relevant today.

2 thoughts on “Lessons from a Jury Room”