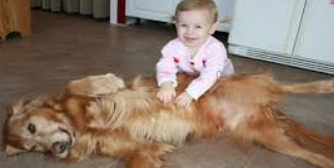 It takes courage to be vulnerable, to look shame directly in the eye without so much as a blink.

After all, who really wants to take emotional risks — even with ourselves, much less a judgmental, unsafe world?

Yet this is just what researcher Brene Brown advocates in her viral Ted Talks and best-selling books.

Ms. Brown says that those who allow themselves to be vulnerable and exposed are “wholehearted”.  These wholehearted folks accept their limitations.  They show their belly in the same manner as my golden retriever in the face of the meekest of  Chihuahuas. The wholehearted embrace their self-worth, and in the end declare, “I am enough.”

“Vulnerability is not weakness,” Ms. Brown says. “The level to which we protect ourselves from being vulnerable is a measure of our fear and disconnection.”

Brené Brown, Daring Greatly: Have the Courage to Be Vulnerable

What does the Bible say about vulnerability?   And are we truly “enough”?

Jesus (God in vulnerable flesh) was drawn to those who were teachable, humble, meek – yes, vulnerable.  He healed untouchable lepers; he sat children on his lap; and he praised the widow who gave her last coin and the tax collector who poured out his soul in humble prayer.

And the night before unspeakable humility on the cross, Jesus washed dirty feet and wept before God in a garden. Jesus modeled vulnerability and strength.

The Bible offers this paradoxical statement, “When I am weak, then am I strong.”    And from that standpoint, Ms. Brown’s message coalesces.

However, the Bible is clear that we are NOT enough.

When we live our lives WITH God, acknowledging our sin and shame, then we become wholehearted.  Forgiven by the only one who truly can.

G. K. Chesterton, the Catholic thinker, understood the human need for a savior.

A newspaper asked its readership, ‘What’s Wrong with the World?’ and Chesterton responded with the following letter.

One thought on “Vulnerability – Weakness as Strength”